I just wanted to Inform you that The following "Rules" Have been changed:

Remember!, There will always be exceptions.
I don't expect that we will reduce the inactivity period any futher.

People who CURRENTLY, have more than 3 subs, in the Guild, are allowed to keep them in, as long as they keep them active, but new members or subs, will Only be allowed to get/keep 3 subs in the Guild.
So this implemented rule only counts for new members.
If you desperately want more Subs and Stay with GingaClan, Join GingaClan 2

In the past week I've wiped all inactive Members over 28 days offline, in the coming week i'l be implementing the new rule set so members that have been 26-28 days offline will be kicked earlier than the members who have been out 22-26 days, but at the end of next week Most members with more than 21 days offline, should have been removed. I'm also going to look more critically at inactive subs.
The Subs of inactive popular Members will also be removed. 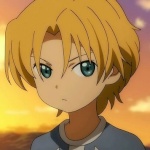